hi welcome to my site!!! 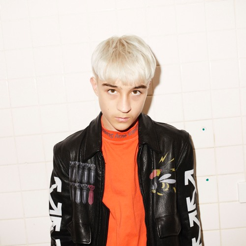 For any young producer, collaborating and crossing paths with revered artists like Timbaland and Billie Eilish is the stuff of dreams, but for 17-year-old Sydney-based Perto, it is very much a reality. Finding inspiration at the age of 10 after hearing Skrillex’s “Bangarang” on the radio for the first time (“I was like, ‘what the fuck is this?!”), he spent the next few years teaching himself music production – “Everything else I’d done before that, I’d do for a few months and go, ‘cool, I don’t like that anymore’… This is the only thing that ever really stuck with me.”; fast-forward to just a few years later and prodigious Perto now shares the same team rosters as his former idol.

Combine this production prowess with a unique visual aesthetic, and a kinetic live presence that has already landed him in some of the world’s biggest clubs, not to mention an upcoming Australian festival tour later this year – young Perto is taking the world by storm.